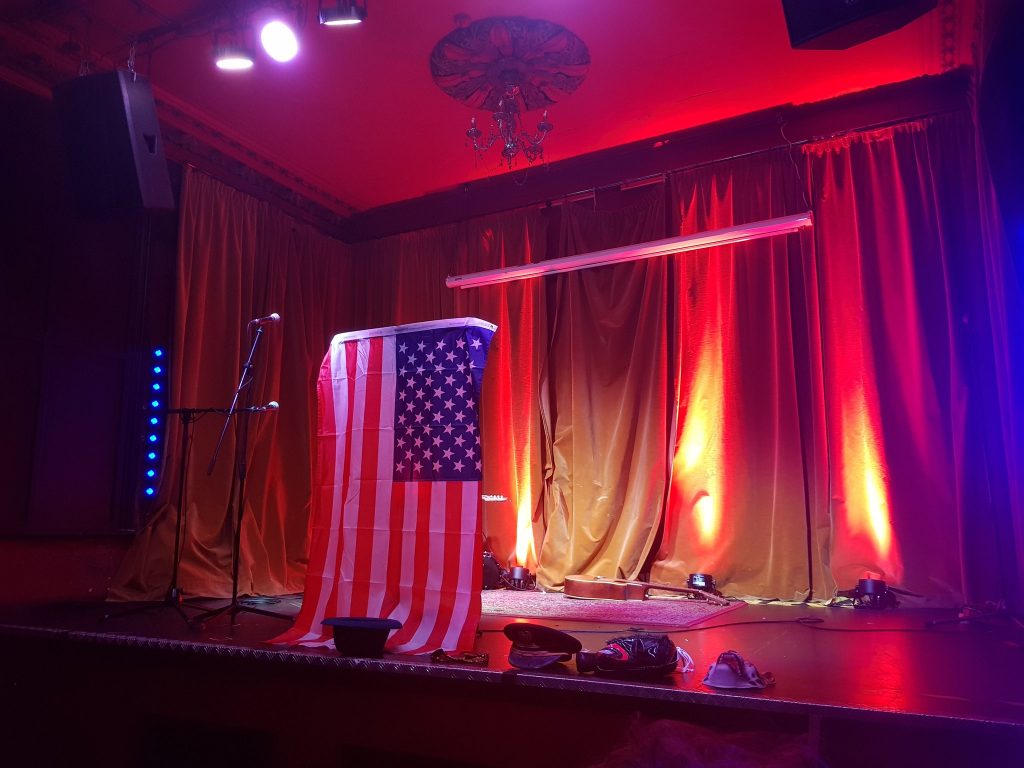 I recorded 10 minutes of voice-over for this performance comedy show as well as providing some original sound design. I also ran the sound and lighting for the performance. Joe Darlington, the writer and lead performer in the show was interested in experimenting with sound playback so in the lull before the performance started I went through the audience asking some questions about Trump and recording their responses. During the first half of the performance I edited these recordings into a 60 second montage which was then played back to the audience at the climax of the show. It was really interesting to watch them realise it was their own voices coming back at them, particularly in the context of the performance they’d just watched.