This was my first proper conference experience. I caught the CFP very late so it was a bit of a scramble pulling together my abstract but I got really lucky and stumbled on this fabulous article by Robert Baird.

This table got me thinking about what it might mean for the other films in the franchise (at that time 4 with Fallen Kingdom about to be released). My suspicion was that an increase in FX quality and budget would mean an inverse decrease in the suggestive use of sound. To get a handle on the amount of screen time Vs. sonic time for each of the deadly dinos I analysed each film using Elan a really handy video annotation tool. 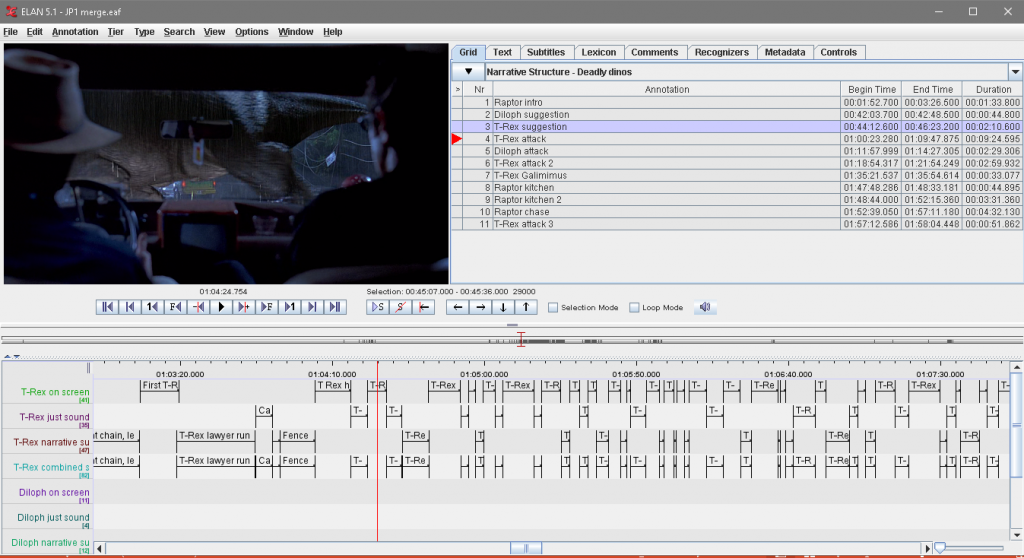 This did take an age but the results were fascinating. There was definitely more screen time for the dinosaurs in subsequent films but what became apparent in my analysis was the crafting of the scenes, the blocking and staging. My take away was a broader appreciation of the qualities of a well filmed threat scene (and some thoughts on those that aren’t as well done).