SoundWorks Collection: The Sound of Scott Pilgrim vs. the World from Michael Coleman on Vimeo.

I became aware of the Soundworks Collection in 2009 through Designing Sound when I was seriously getting in to film sound work. In April 2010 I spotted a tweet from Michael Coleman, the founder of Soundworks that he was looking for some ideas about taking the site forward. I think I’d had a bad day at work and was looking for a bit of a challenge so I dashed of an email to Michael suggesting he do some Soundworks videos about films being mixed at UK studios. I also volunteered to lead on this project. A few Skype chats later I found myself on the hunt for the subject of my first Soundworks video. After a bit of sleuthing I heard that Scott Pilgrim was being mixed in London at De Lane Lea (now Warner Bros. De Lane Lea) so I made some calls, jumped on a train to London to have a chat with the studio and we eventually had agreement from everyone that we could get some interviews together with the key players on the Scott Pilgrim sound team. We shot the interviews on Sony Z5’s using Arri lights in De Lane Lea’s Stage 1, a very impressive location. After the video was released online we managed to negotiate to have it included on the DVD and Blu-Ray releases of the film. 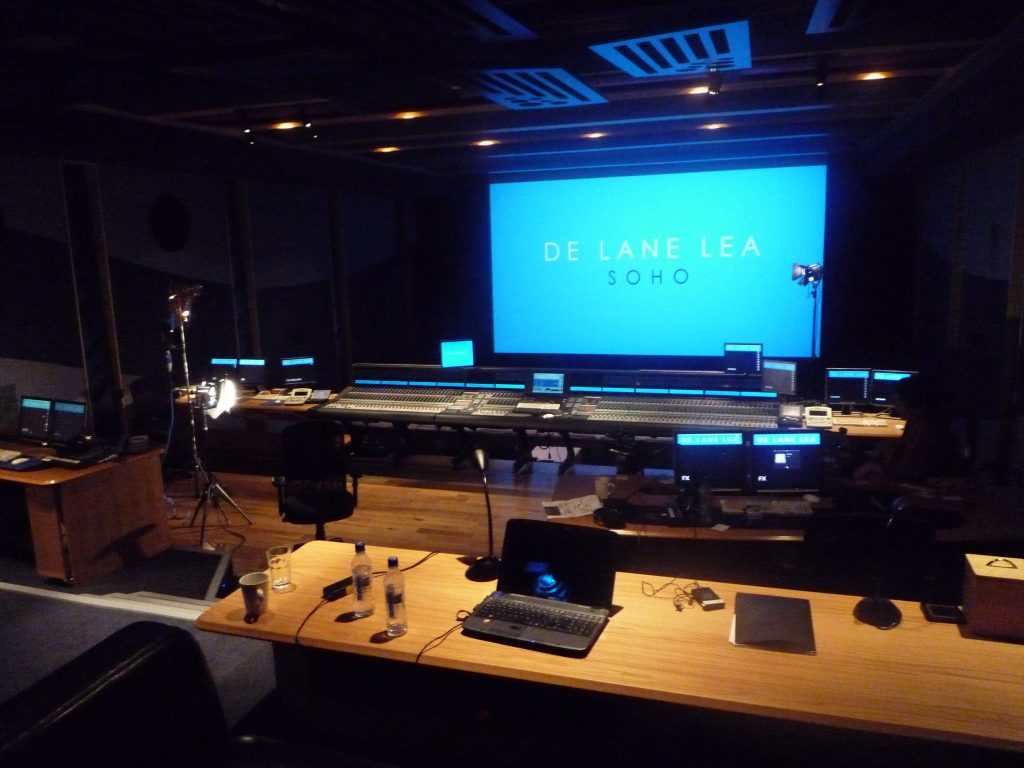 Getting ready for our first interview filming at De Lane Lea